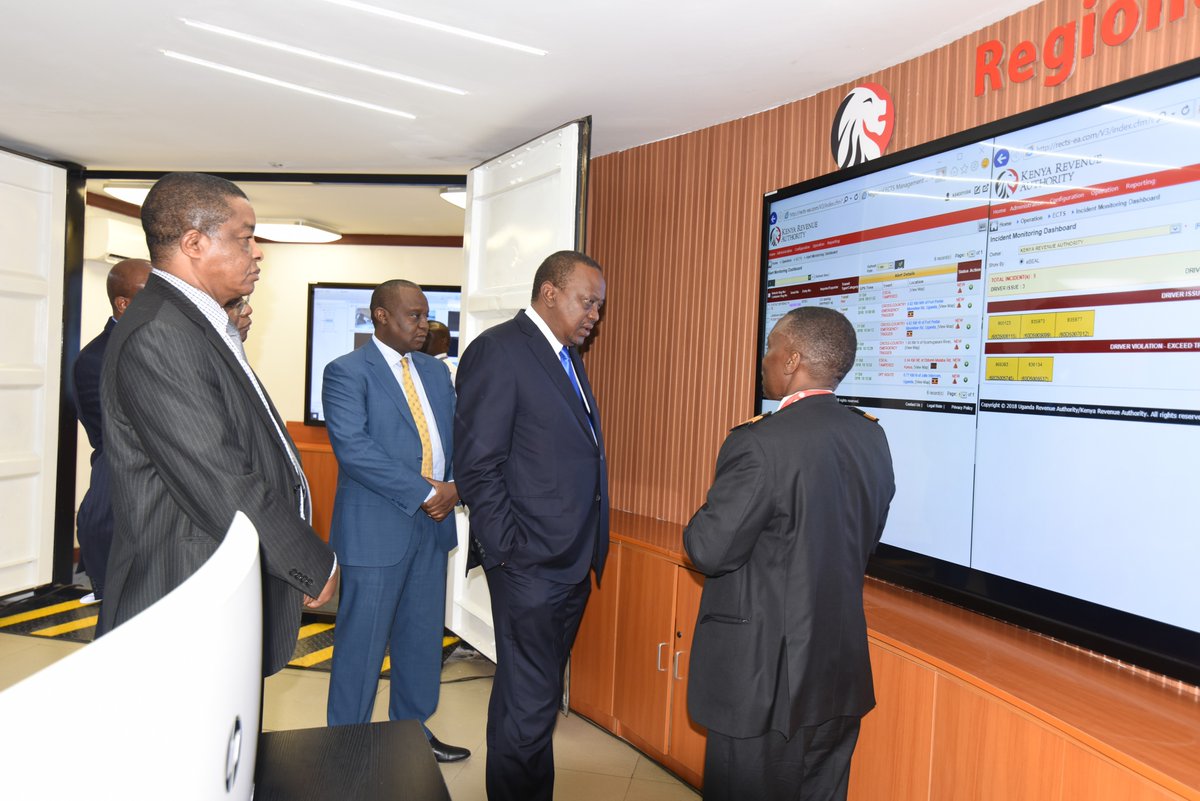 Regional Electronic Cargo Tracking System or RECTS as it is commonly referred to, is an initiative of the Kenya Revenue Authority in partnership with the revenue administrations of the partner states of Uganda and Rwanda and seeks in the mid-term, to rope in all EAC states and outlying countries in the region. The system enables real time tracking of transit cargo from the port of Mombasa to its final destination through an online digital platform. Kenya Revenue Authority's decision to implement a cargo tracking and security system was a response to the government's interest in improving tax collection, enhancing enforcement of cargo handling regulations and maintaining Kenya as a preferred trade route for cargo in East Africa. These initiatives were critical to support national initiatives aimed at promoting trade within the region. Its precursor, the Electronic Cargo Tracking System (ECTS) which was managed by private sector vendors did not achieve the desired outcome and was therefore faced out.

RECTS comprises satellites, a monitoring centre and special electronic seals fitted on cargo containers and trucks which give precise location of goods at any time. RECTS covers trade routes that extend from the port of Mombasa to the Free Zones within Kenya, and from the port via the country's main transportation trade routes to the neighboring landlocked countries including Uganda and Rwanda. The introduction of RECTS is timely and is in the backdrop of rampant illegal dumping. Dumping occurs when goods consigned to a destination in another customs jurisdiction are unprocedurally offloaded while in transit. Not only does such action result in unfair trade practice, but also in major duty and tax losses.

It must be noted that the implementation of the RECTS system has not come without resistance. Notable, is the High Court Petition NO 84 of 2017, where ten petitioners comprising ECTS service providers sort to among other things, prohibit the implementation of RECTS. However, in his ruling the presiding judge, Justice Mwita, determined that, the introduction of RECTS and its implementation met all legal and constitutional requirements. Further, its introduction was in response to the fact that the ECTS services provided by vendors were costly and open to manipulation and therefore encouraged the same problems that it was supposed to prevent.

Since the commissioning of the system, there has been a significant improvement in transit time from 11 days to 4 days and a drastic reduction in dumping cases which result in major loses in duty and tax. Traders have also benefited immensely from this system since it facilitates real time responses from the Customs Department and other authorities in the event of attempted highway theft and even in the event of accidents. Such prompt action has helped in securing goods in transit while also helping save lives. The system is supported by rapid response units strategically placed along the transit route.

The introduction of such modern systems the area of customs management, is in line with the overall country objective which is to align itself with universal industry best practice in facilitating fair and secure trade environment, while enhancing KRA's capacity to assure revenue collection and enforce regulations that have significant positive impact on the country's economic development.